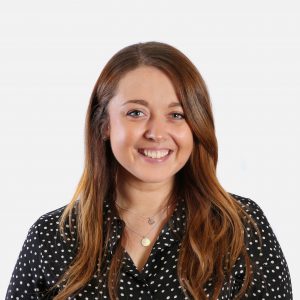 The Legal 500 results have just been released and we are delighted to announce that a number of our teams and individuals have once again been recognised for their outstanding quality of work and efforts. The Legal 500 is a highly prestigious legal directory which analyses the legal capabilities of law firms worldwide based upon extensive research and interviews.

Commercial Litigation – including the Dispute Resolution, and Banking and Finance teams, are ranked in Tier 1, and have been recognised to be “diligent in their preparation, robust in negotiation and extremely client-focused”, as well as offering “a highly streamlined and cost-effective approach to commercial dispute resolution”.

Lauren Day has been recognised as a Leading Individual for the second year running; additionally William Fox Bregman was quoted to have a “wealth of commercial litigation experience” and a focus on banking and finance disputes. It was also mentioned that Ellis Jones has niche experience in bringing claims against betting companies and included Paul Kanolik as a key lawyer.

The Family team secured Tier 2 this year and praised for offering “real breadth and depth in terms of areas covered. “The team has grown from strength to strength under Deborah Leask and Sean McNally.” Deborah Leask was described as “an absolute star and a go-to family finance lawyer. She does not leave any stone unturned and is able to think creatively, outside the box.”

Katie Taft was quoted to be a “very safe pair of hands and hugely respected for her international relocation and Hague Convention cases. She is one of a handful in the region to specialise in those areas. She is determined and bright, and will think through a case thoroughly and holistically.”

Ian Butterworth was also recognised as having a wealth of experience in family finance matters, and in addition to that, Suzi Denton was also mentioned as a key lawyer with regards to the team’s fertility law offering.

Our Employment team was placed in Tier 2 for primarily serving SME employers or senior individuals exiting businesses, as well as being recognised for having been retained for employment law and HR advice for an international retailer. It was also highlighted that the department has specialisms in the education and charity sectors, as well as for LGBT clients in discrimination cases.

Kate Brooks heads up the team from Bournemouth, which also often works alongside the firm’s corporate team, providing advice on warranties and indemnity, and TUPE transfers.

Our Contentious Trusts and Probate team secured Tier 2 and their range of expertise was highlighted, this includes Inheritance Act claims, disputes concerning the validity of wills, trust disputes and proprietary estoppel claims. The department was also described to be filled with “experienced and capable practitioners”.

Lauren Day was quoted to be “brilliant at getting to the nub of the matter and has huge patience with the other side’s vagaries” as well as being “very approachable and pragmatic with a genuine ambition to settle as early as possible”. Victoria Riddleston was recognised as a key lawyer within the service area and to have wide experience in the field.

Wills, Trusts and Probate claimed Tier 3 and it was highlighted that the department was highly regarded for its trust practice in particular, while also maintaining a strong reputation for will writing, estate planning and estate administration in the Bournemouth area. The department were also recognised for their “strength in depth of a qualified and experienced team dedicated to this particular work”.

One of the key work highlights for the team included protecting a vulnerable elderly woman from financial abuse by making a Court of Protection application, including attending Southampton Crown Court to give evidence in criminal proceedings, which led to a conviction for fraud.

Practice head Carla Brown was recognised for specialising in advising a growing client base of high-net-worth individuals on estate and tax planning and Andy Kirby was noted as a key lawyer within the department.

Our Business Services team secured Tier 3 in this year’s rankings and was quoted to “offer a range of services, a quick response and helpful and constructive advice.” Neil Cook was recognised for his substantial experience in M&A and was described as “our go-to person for commercial advice. He is accessible, approachable and knowledgeable”. Hugh Craig and Abi Sinden were also noted as key lawyers within the department.

Our Commercial Property team were placed in Tier 3 and recognised for their expert ability to offer specialist advice in residential and commercial redevelopment, as well as property acquisitions and management. Both Tim Sharpley and Matthew Clake were acknowledged for their expertise within the department.

We are a full service law firm with offices in Bournemouth, Canford Cliffs, Ringwood, Swanage, Wimborne and London. If you require any legal advice or wish to speak to someone regarding an enquiry, please visit our contact page, or alternatively visit our services page for more information.