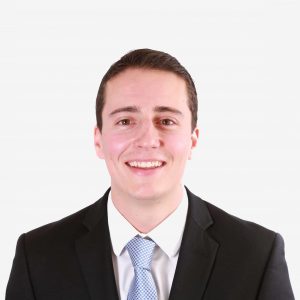 Leaked internal documents revealed by BuzzFeed News and BBC Newsnight provide further evidence regarding the allegations made against the “internal profit centre” within RBS, known as the Global Restructuring Group (“GRG”). These allegations were previously documented in the report conducted by Dr Lawrence Tomlinson in November 2013, entitled “Banks’ Lending Practices: Treatment of Businesses in Distress”.

These internal documents support allegations that:

In what was named “Project Dash for Cash”, staff at the Bank were urged to identify businesses that they could provoke and engineer a default scenario that would result in the businesses needing to be transferred to GRG. This would then allow the Bank to impose excessive charges on the business to increase the Bank’s underlying profit.

The Financial Conduct Authority (“FCA”) is currently investigating the conduct of RBS, its GRG division and West Register and confirmed that its report is in the final stages.

It is likely that there will be some form of compensation scheme for certain affected customers. However, and if this does come to fruition, this may take a significant period of time. Meanwhile, many businesses may lose their entitlement to bring court claims against the Bank and to recover damages as a result of strict legal deadlines.

Ellis Jones Solicitors has received and acted upon a number of complaints from clients in relation to RBS’s GRG division, West Register and/or Property Participation Fee Agreements and is experienced in advising and dealing with such matters.

Our specialist Banking and Finance Litigation team has successfully recovered over £40m in total compensation in respect of mis-sold financial products for our clients since 2012. If your business has been transferred to GRG and you wish to discuss a potential claim or complaint then please contact William Fox Bregman (william.foxbregman@ellisjones.co.uk), Paul Kanolik (paul.kanolik@ellisjones.co.uk) or Luke Baldwin (luke.baldwin@ellisjones.co.uk) in our specialist Banking and Finance Litigation Department on 01202 525333.