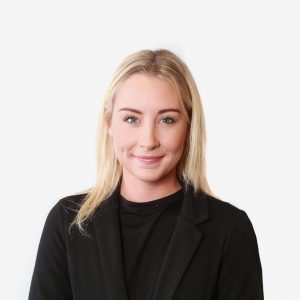 ​Woodford Equity Income – Can I recover my losses?

Woodford Equity Income Fund was gated in June of this year leaving its investors unable to withdraw from the fund. The fund subsequently collapsed in October 2019 after it was deemed that re-opening would not be in the best interests of its investors.

The fund is now in the process of being wound up by administrators Link Fund Solutions, however experts anticipate that it could take years for investors to get their money back, with any return they do receive is likely to be considerably lower than the original capital invested.

Investors are anticipating their first pay out at the beginning of next year with cash being returned in proportion to the size of their investment, which may leave many facing huge financial losses as their funds could fall further in value.

Investment platform Hargreaves Lansdown has come under some criticism for continuing to promote the fund up until its suspension to retail investors, despite ongoing underperformance. It is estimated around 300,000 of its clients invested with Woodford Equity Income. Hargreaves Lansdown however, maintains that this was due to purportedly untruthful claims made by fund manager Neil Woodford.

Woodford Investment Management subsequently announced that it would be closing the firm after manager Neil Woodford stepped down following the demise of Woodford Equity Income in October.

One of the Firm’s other funds, Woodford Income Focus has also been suspended with the authorised corporate director today
announcing the fund will continue to be gated. Link Fund Solutions will continue with the suspension while setting out options that will best serve investors. These options are likely to be either to appoint a new manager, transfer its assets into another fund or wind it up. In the meantime investors have been assured that the suspension will formally be reviewed at least every
28 days.

It has also been announced that Woodford Patient Capital Trust will be changing the company that manages it to Schroders by the end of this year.

The Financial Ombudsman has confirmed that it has already received numerous complaints about financial products offered by Woodford Investment Management with many complaints relating to the alleged misrepresentation of funds. Investors have also expressed concerns surrounding the fund manager fees charged by Woodford during the fund suspension.

Investors may also be able to seek redress from The Financial Services Compensation Scheme (FSCS). FSCS protects consumers and can pay compensation for losses of up to £85,000 if a financial firm is unable to pay back money it owes. The scheme has said it is monitoring developments.

If it is not possible to seek compensation through FOS or FSCS, investors may want to consider Litigation as an alternative.

If you have incurred losses as a result of investment in the Woodford Equity Income Fund our specialist Banking and Finance solicitors can assist you with an assessment of your potential claim and advise you on the best option for seeking damages or compensation.

If you would like to explore the possibility of making a claim please call William Fox Bregman on 01202 057740 or Kirsty Handyside on 01202 057738 for a preliminary review of your potential claim. Alternatively email William.foxbregman@ellisjones.co.uk or Kirsty.handyside@ellisjones.co.uk