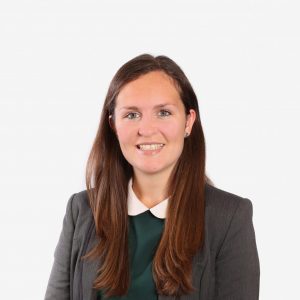 Professional Negligence Update: Auditor Misconduct – do you have a claim?

In August 2018, KPMG and one of its auditors were each issued with a fine and a severe reprimand from the Financial Reporting Council (“FRC”) after admitting to misconduct when auditing the accounts of the designer fashion brand, Ted Baker. KPMG was fined £2.1 million, while the auditor, Michael Barradell, received a fine of £46,800.

KPMG had agreed to take on the role of an expert witness role for Ted Baker in a court claim while continuing to offer audit services to the company. The FRC said this was a “self-review threat”, because it meant that KPMG were at risk of relying on the conclusions of its own forensic department when presenting expert evidence to the court, compromising its independence.
The FRC also found that the expert witness fees received from Ted Baker were significantly higher than the audit fees received during the financial years 2012/13 and 2013/14. The FRC said this gave rise to a “self-interest threat“.

The Institute of Chartered Accountants in England and Wales (ICAEW) Code of Ethics states that auditors must act in accordance with the following principles:

1. Integrity – to be straightforward and honest;

2. Objectivity – to not allow bias, conflict of interest or undue influence of others to override judgement;

3. Professional competence and due care – to maintain professional knowledge and skill to ensure competence when providing services;

5. Professional behaviour – to comply with relevant laws and regulations and not act in a way which discredits the profession.

This is not the first instance of conduct by auditors falling short of the standards expected by the ICAEW. High profile fines for misconduct in the last few years alone have involved KPMG (fined £4.5million in June 2018), PwC (fined £5.1million in August 2017) and Ernst & Young (fined £1.8million in October 2017). These are heavy fines to reflect the fact that these are serious ethical breaches, which can have a huge impact on the companies concerned. Indeed, the FRC has stated that it “makes clear by these sanctions the seriousness with which such breaches and their consequences are viewed.”

As well as receiving a fine by the FCR, auditors guilty of misconduct and/or negligence may face legal claims by the companies to whom they have caused loss or damage. Most claims against auditors relate to professional negligence due to poor audits of company accounts, and such claims are generally brought by either the companies concerned, or by third parties to whom the auditors have assumed responsibility for the accuracy of their work. However, other potential claims may include breach of fiduciary duty, fraud and/or concealment, depending on the circumstances of the case.

With a dedicated and experienced Banking and Finance Litigation Department, Ellis Jones is well-placed to provide expert advice on disputes regarding professional negligence and/or misconduct of accountants and auditors.

We may be able to help you pursue compensation if you feel your company has suffered loss as a result of such conduct, and may be able to act on a ‘No Win No Fee’ basis to help minimise risk. If you wish to discuss a potential claim, please contact Henrietta Dunkley in our Dispute Resolution team, who will be able to offer an initial free consultation.