£400m set aside by RBS to compensate GRG customers
Close 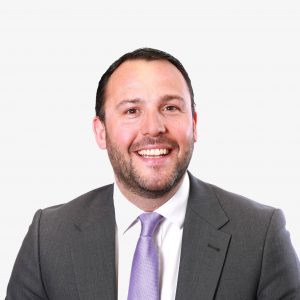 £400m set aside by RBS to compensate GRG customers

Established in the 1990s, the Global Restructuring Group (GRG) division within the Royal Bank of Scotland (RBS) was established for the purpose of assisting customers which fell into financial distress. However, the 2013 Tomlinson Report alleged malpractices within the Bank, such as the “engineering” of defaults by withdrawing overdraft facilities, undervaluing security assets or finding insignificant breaches of loan covenants as a defaulting event. The report alleged that such systematic malpractice helped the Bank maximise its revenue by imposing excessive charges for customers in GRG and arranging for West Register (the Bank’s property division) to acquire the undervalued security.

The Bank’s initial response to the Tomlinson Report was to instruct Clifford Chance LLP to publish an “independent report” into its practices at GRG. Despite criticisms as to the accuracy of this report, Clifford Chance found no malpractices on the part of the Bank or any conflict of interest between GRG and West Register.

Since that time, the FCA has been instructed to carry out a review (with the help of an independent expert) into the actions of the Bank. On 8 October 2016, Buzzfeed News and BBC Newsnight leaked some of the Bank’s internal emails and documents which provided new evidence that Bankers were encouraged to “provoke (the) default” of its customers in a profit drive nicknamed “Operation Dash for Cash.” Once again the spotlight was on RBS but at that time, it denied that it artificially distressed its customers or any other wrongdoing.

On 8 November 2016, the Financial Times reported that RBS had set aside £400m for the purposes of providing redress for its 12,000 GRG customers and that it would automatically refund customers for complex charges incurred. The Bank has also appointed retired Judge, Sir William Blackburne, to oversee an internal complaints process which it will launch for customers to challenge previous determinations on complaints. This announcement provides another avenue of redress for GRG customers who may not have received the redress they were entitled to in earlier settlement negotiations with the Bank. RBS has now admitted that “it could have done better” for its GRG customers but maintained that no customers had been artificially driven into the department.

FCA Statement and Initial Findings from the Review:

While the FCA was due to publish a report in the third quarter of 2014, only now have its initial findings from the Expert Report into the conduct of GRG been released in a statement. The statement firstly confirms that the Bank’s automatic refund and independently overseen complaints process have been implemented following advice from the FCA.

With regards to the findings of the Expert Report, The FCA states that there is no evidence of the Bank having intended to drive SMEs into default or intending to capitalise upon their financial distress by acquiring their property through West Register. Nevertheless, the Report did find there to be a conflict of interest between West Register and GRG, that the Bank had failed to identify customer complaints or handle these complaints fairly and that its internal property valuations were not “adequate.”

Next Steps for GRG Customers:

Ellis Jones has a highly specialised and well established Banking and Litigation Department which has raised in excess of £40m in redress for its clients since 2012. We have extensive experience in representing clients making a claim against GRG and can advise customers as to the avenues of redress that are available to them. In light of RBS opening a new complaints process, customers have the option to pursue this means of obtaining redress in addition to the usual routes through the FOS, FCA or the Courts.

There are strict limitation deadlines on making claims through the Courts. If you have been transferred to GRG, contact William Fox Bregman, Partner of the Banking and Finance Litigation Department, on 01202 525333 or William.FoxBregman@ellisjones.co.uk for advice on issuing a claim or making a complaint.