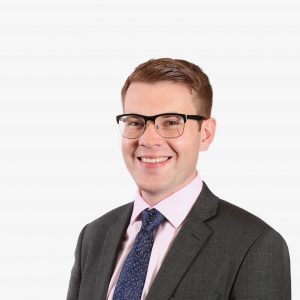 What is the FSCS?

The FSCS is the UK’s compensation network for customers of regulated financial services businesses. The FSCS enables customers a route to compensation when the firm is unlikely or unable to pay out compensation to valid complaint claims. The maximum compensation the FSCS will pay for claims relating to deposits or investments against insolvent companies is capped at £85,000 per customer.

The FSCS began accepting claims against Midas Financial Solutions in February 2020 with reports that the director Alistair Greig had defrauded investors of £13 million in a Ponzi scheme by taking on new investment to pay agreed interest to existing investors. The company also claimed to be authorised by the Financial Conduct Authority despite not being so.

The investigation established that customers who had invested in the scheme were due compensation and were welcoming claims to be made via the FSCS.

The FSCS has recently suspended its investigation into the financial advice firm Wealth Connection. The investigation was instigated when a number of customers made claims that pension investments made by the firm could not be easily converted to cash. It follows after one of the directors of Wealth Connection was convicted for fraud relating to abuse of position and fraudulent trading in 2016.

The FSCS has suspended its investigation due to being unable to confirm the liability of Wealth Connection Ltd and has published that more evidence is needed to establish accountability to customers for the losses suffered. The FSCS have requested information from Essex Police in relation to the director’s fraud but have not received anything to date. As such, the
investigation remains suspended until further evidence is received.

How Can Ellis Jones Assist You?

Our specialist Banking and Finance Litigation team can assist you in advising on and submitting a claim to the FSCS if you believe you are a victim of the Midas Scheme or the Wealth Connection pension scheme we can assist and provide the appropriate advice for taking your complaint forward.

If you believe you may have been victim and due compensation please do not hesitate to contact William Dooley or Dan Lewis in our Banking and Finance Litigation team by calling 01202 057733 or by email at banking@ellisjones.co.uk.