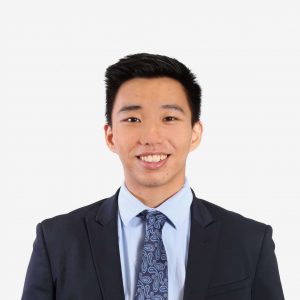 The 2015 Pension Reforms – A growing scandal

The Financial Conduct Authority (“FCA”) is facing calls to contact more than 160,000 people who have cashed in their final salary pensions since 2015. Concerns are growing that many people who have cashed in their pensions were not appropriately advised. This follows a freedom of information request which revealed the FCA has concerns regarding 76 per cent of firms which provided pension’s advice to individuals between 2015 and 2018. The regulator is planning to write to those firms, a total of 1,841 out of 2,426, concerning “potential harm” in their Defined Benefit transfer advice.

Mick McAteer, a former FCA board member, described the revelation as “shocking” and is calling for a “full-scale inquiry”. Underscoring concerns that there is a growing scandal, he added “I had thought multi billion-pound mis-selling scandals belonged in the past, but clearly this is not the case”.

On 21 January 2020, the FCA issued a warning to advisory firms regarding Defined Benefit pension transfers. The FCA warned that “too much advice is still not of an acceptable standard” and raised concerns that firms were advising large numbers of individuals to transfer out of their pensions schemes. This is at odds with the FCA’s own view that “transfers are likely to be unsuitable for most clients”. This warning follows findings by the FCA last year that of 234,951 individuals who received pension advice, 162,047 (69%) were recommended to transfer out of their pensions.

What is a Defined Contribution pension scheme?

Today, many employees are used to contributing towards their own pensions with employers also contributing. It is then commonplace for employees to invest into pension funds with a view to ensuring a regular income in retirement. ‘Defined Contribution’ pension schemes involve making investments which generally carry an element of risk, meaning the performance of the pension fund will partially dictate the available income upon retirement. In this instance, the risk of an underperforming fund lies with an employee.

What is a Defined Benefit pension scheme?

Previously, the norm was for employers to fully fund their employees’ pensions and to ensure that there are sufficient funds as at the time of the employee’s retirement. On retirement, those employees would then receive a secured income based on a number of factors. These guaranteed regular incomes were called ‘benefits’ and this type of pension scheme are therefore known as a ‘Defined Benefit’ pension scheme. Individuals with this type of scheme would be protected by the Pension Protection Fund in the event that an employer became insolvent. The benefits, at no risk or cost to employees, could deem this type of scheme generally more favourable than a Defined Contribution scheme. However, Defined Benefit schemes were costly to run and guaranteed by employers. As a result, many employers transitioned their employees from Defined Benefit schemes to Defined Contribution schemes.

Background to the scandal

In 2015, the government introduced new ‘pensions flexibility’ rules. These rules affect individuals who have a Defined Contribution pension scheme.

The rules meant that from the age of 55, individuals were able to access as much of their savings as they wanted from their pension scheme. Pension tax changes were also reformed to be more attractive, thereby encouraging eligible individuals to cash in on their pensions. Due to the flexibility offered by the new rules, individuals with a Defined Benefit pension scheme were able to transfer over to a Defined Contribution scheme. Some, including the FCA, consider any potential advantages of transferring from a Defined Benefit scheme to a Defined Contribution scheme to be outweighed for the majority of people, by the following:

This led to fears at the time that people who transferred from a Defined Benefit to a Defined Contribution scheme could suffer loss by receiving a lower retirement income or run out of money before they died. To mitigate fears, safeguards were introduced in an attempt to protect individuals. This included a requirement for individuals to obtain advice from an independent and regulated financial adviser before a transfer could be accepted. However, it is clear that these safeguards are not working as intended and that many people may have been negligently advised.

Our specialist Banking and Finance Litigation team has substantial experience in dealing with claims against financial institutions and we have recovered in excess of £55 million for our clients since 2012. We can assist you by advising upon, and subsequently progressing, a claim or complaint to recover your losses.

If you believe you have incurred losses as a result of being recommended to transfer out of your Defined Benefit pension scheme, and would like to explore the possibility of making a claim, then please feel free to contact us for a no-obligation chat about your case on 01202 525333. Alternatively, please email us with the details of your case at banking@ellisjones.co.uk.