Is furlough an alternative to redundancy?
Close 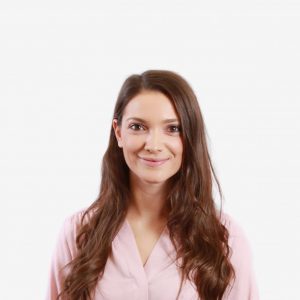 Unfair dismissal: should employers consider furlough as an alternative to redundancy?

In the case of  Mhindurwa v Lovingangels Care Limited, the Employment Judge held that Mrs Mhindurwa had been unfairly dismissed as a result of her employer’s failure to consider furlough as an alternative to redundancy.

In this case, Mrs Mhindurwa was a care assistant with just over two years’ service. Her job role was to provide live-in care for an elderly lady who then went into a care home. Lovingangels stated that there was no longer a requirement for Mrs Mhindurwa’s role and she was dismissed by reason of redundancy.

The Employment Judge agreed that the claimant’s position was impacted by Covid-19, this being based on the Respondent’s explanation that it did not have any immediate work for Mrs Mhindurwa and that the live-in work reduced significantly due to Covid-19. The Employment Judge held that this is the type of situation that the furlough scheme envisaged.

The Employment Judge held that although no work was available for Mrs Mhindurwa at the time of the dismissal, Lovingangels had no way of knowing when the position was going to change and it did not consider whether Mrs Mhindurwa should be furloughed for a period of time to see if it could offer future work.

It was held that the dismissal was unfair due to Lovingangels falling to give consideration to the possibility of furlough and also due to a failure to carry out a fair appeal process. The Employment Judge stated as follows:-

“I am of the view that in July 2020 a reasonable employer would have given consideration to whether the claimant should be furloughed to avoid being dismissed on the grounds of redundancy”.

This is the first case that has reached a final hearing in respect of this issue. This case acts as a reminder that employers should consider furloughing employees facing redundancy as part of their duty to consider reasonable alternatives.

Our Employment team is experienced in dealing with and defending claims for unfair dismissal. If you would like advice, please contact our Employment Solicitor, Rebecca Bennett at rebecca.bennett@ellisjones.co.uk or call 01202 525333.