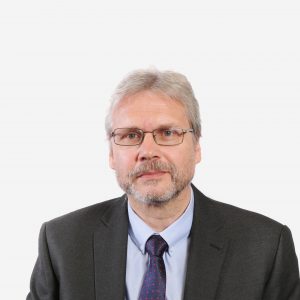 I am aware that facing a criminal investigation or prosecution of any description (whatever its seriousness) can be an extremely distressing and worrying time and that the consequences, potential or otherwise of a criminal conviction can be far reaching. Being deprived of the ability to drive, earn a living, support a family, loss of reputation, or the prospect of a custodial sentence are all extremely concerning and should never be underestimated.

Acknowledging this, I adopt a pro-active attitude to representing and defending the interests of my clients, combined with a clear, practical and sound commercial approach to any instructions received. I endeavour to ensure that with a compassionate attitude, everyone I represent fully understands the nature of the matters they face and all their options.

I have accumulated a significant amount of experience in almost 30 years of specialising in criminal defence and motoring laws.

2. Motorist charged with allegations contrary to Section 4 RTA 1988 – successfully defended. Proceedings withdrawn after representations made to Crown Prosecution Service concerning inadequacy of evidence. Alternative suggested allegation not put after CPS advised by Defence that such matter was time barred.

4. CPS persuaded to offer no evidence against Defendant company in relation to allegations contrary to Section 172 (Failing To Identify A Driver Of Vehicle) Road Traffic Act 1988, as not being in public interest to proceed. Case dismissed.

6. No disqualification for PSV licence holder who fell asleep at wheel of vehicle whilst carrying passengers and involved in a Road Traffic Accident whereby injury and damage caused. Penalty points endorsed instead.

7. Motorist prosecuted for offence under S172 Road Traffic
Act 1988 (failing to identify driver of motor vehicle). Whilst unrepresented in
court proceedings, motorist advised by the court that there was no defence
disclosed to the allegation. After instruction, clear defence identified,
investigated and supporting evidence obtained. On day of trial, prosecution
persuaded to offer no evidence and case dismissed.

8. Successful exceptional hardship cases – where motorists facing disqualification from driving, having accumulated 12 penalty points on licence as a totter in a 3 year period and disqualification avoided:-

Peace of mind – The importance of reviewing your Will regularly

If I make a personal injury claim against my employer, will I lose my job?

Why should I make a Lasting Power of Attorney?