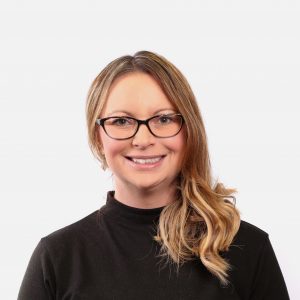 British comedian, Joe Lycett, has recently changed his name by deed poll to Hugo Boss following a series of action taken by the designer clothing brand, Hugo Boss, against small businesses who were using the name “Boss” or similar, in their branding or products.

Costly legal action was instigated by designer clothing brand Hugo Boss against Welsh brewery, Boss Brewing after the brewery applied to trademark its name. The multi-award winning craft beer brewery was engaged in a dispute regarding the name of its brand and its two craft beers “Boss Boss” and “Boss Black”. According to the clothing brand, the action was initiated to avoid conflict and confusion regarding the brands BOSS and BOSS Black.

Despite the overlap of the word “Boss” the two brands are distinctly different. Indeed, for trade mark infringement to occur, there needs to be a similar brand used on similar goods and/or services and the public must be confused between the two brands. It is hard to believe that the public would be confused between fashion items, fragrances and craft beer. Nevertheless, this did not prevent the designer clothing brand from opposing Boss Brewing’s trademark application.

Following a negotiation process, the brewery was able to keep its name however, as a result of the legal action; it had to rebrand its beers and stop selling clothing with reference to “Boss”.

Boss Brewery is one of many small businesses which have been affected by legal action brought by Hugo Boss in relation to a trade mark dispute. It is common for a large corporate company to target smaller companies regarding the use of intellectual property rights, even though the larger company’s objections may be without merit. In this typical “David and Goliath” situation, the smaller company typically “bends the knee” as they are usually intimidated by the deep pockets and reputation of the larger brand. However, no matter how big the brand, companies should seek legal advice as their actions may not amount to trade mark infringement.

In retaliation to the aggressive treatment of small companies by Hugo Boss, comedian Joe Lycett has engaged the attention of the designer clothing brand by legally changing his name to Hugo Boss. He has also announced that he will be launching a brand new product under this new name, details of the product are yet to be revealed – watch this space!

If you are considering a trademark or need advice on a current or potential trademark dispute, please contact our Intellectual Property Law Solicitor, Abigail Sinden on 01202 525333.