The Care Act 2014 – Reflections on its first year
Close 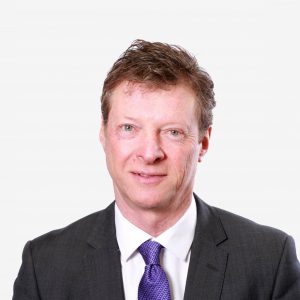 The Care Act 2014 – Reflections on its first year

I have written previously about the Care Act 2014 (March 2014, March 2014, February 2015, July 2015), having followed its path from its time as a Bill in Parliament to the time it received Royal Assent on 14 May 2014. The Act has now been in force for over a year, which is an opportune moment to reflect on its impact on the adult social care sector. This piece of legislation has been watched closely by many, as it was widely lauded by the Government to be one of the most important changes to adult social care in over 60 years – since the introduction of the National Assistance Act 1948.

The Act was unveiled by Secretary of State for Health Jeremy Hunt as part of his revolution of the health and social care sector. A central pillar of the Act and its principal aim is to create the legal entitlement of all disabled people and carers to an assessment of their support needs. The Act also sought to re-structure and change the way adult care is funded.

Contrary to the Government’s intentions for the Act, the changes promised do not appear to have had the desired effect.

Two prominent adult social care charities, Revitalise and Carers Trust, have investigated the Act’s effectiveness and published their findings. The reports have revealed that the Act has not had the desired impact on the adult social care sector during its first year. In many instances it appears it has had the opposite effect to that which it desired.

The chief findings of the reports reveal the following:

The findings of these reports have highlighted the failings of the Act in its first year, the foremost pitfall of which has been that the people the Act is supposed to be supporting (carers, those they care for and disabled people) have been left feeling more isolated and in some cases are struggling to maintain their obligations now more than prior to the Act being introduced.

Some of the proposals put forward by Revitalise and the Carers Trust to alleviate issues the Act has inadvertently caused and / or deepened are:

The Future of the Act

There are further changes under the Care Act 2014 which are yet to be introduced (as discussed in my July 2015 article), such as the capping of an individual’s contribution to their care costs at £72,000. It will be interesting to see how these changes are introduced, given the reception the Act has received thus far.

For further information please contact Neil Cook on 01202 525333 or via Neil.Cook@ellisjones.co.uk