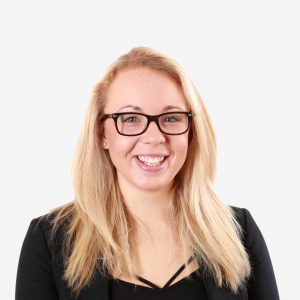 Newcastle United FC (the Club) midfielder, Jonas Gutierrez, has succeeded in a disability discrimination claim against the Club. It is reported that he is claiming in the region of £2m in damages.

The judgment has not been released however the BBC released a detailed report on the case.

Gutierrez joined the Club in 2008 and was diagnosed with testicular cancer in October 2013. Following his diagnoses he claimed that the Club saw him as a liability after he returned from treatment.

In November 2013, two weeks after his return from treatment, Gutierrez was told that he was not selected for the first team, despite being fit to play. The tribunal found that the Club had planned to include Gutierrez in the first team until his diagnosis and absence, on this basis the tribunal concluded that the Club’s decision to drop him was discriminatory. .

In addition, Gutierrez only had 121 games as opposed to the 152 games required to extend his contract. He could not achieve the 152 due to the cancer treatment and rehabilitation. The tribunal found that the Club had failed to make reasonable adjustments in the circumstances and commented that it was “more difficult for the claimant to achieve the required number of games because in the periods of time that he was not absent for treatment or rehabilitation he had to be more frequently selected as a proportion of the total number of games available than his non disabled counterparts. We conclude that this was a substantial (more than minor or trivial) disadvantage.”

This case demonstrates, as commented by Gutierrez’s barrister, that “a Premier League football club owes the same duties to a disabled person as any other employer.”

Discrimination cases often rely heavily on witness evidence and this case illustrates the importance of this. Gutierrez was found to be a “credible and convincing witness”. Despite Alan Pardew’s evidence being delivered in a “confident, convincing and articulate way” it was also described as contradictory and “inconsistent”.

The next stage is for a remedy hearing to be held where the question of compensation will be considered.

The Club have indicated in a statement that they are taking further legal advice. Their main option will be to appeal the tribunal’s decision, which will have to be on a point of law. If the Club do not intend to appeal it is likely that they will want to negotiate a settlement before the remedy hearing to avoid the compensation figure becoming public knowledge.

Employers need to be cautious with disabled employees and it is important that employers take the time to try to understand the effects that the disability has on the employee and consider/discuss any steps that can be taken to prevent the employee being disadvantaged in the workplace.

Employers should have appropriate policies in place to ensure that discrimination is prevented in the workplace.

Acas have also published useful guidance for employers on dealing with and avoiding disability discrimination.

Should you have any questions, wish to discuss this topic further or require a review of your policies please do not hesitate to contact our employment team on 01202 636210.