Implications for gambling companies who refuse to pay winnings
Close 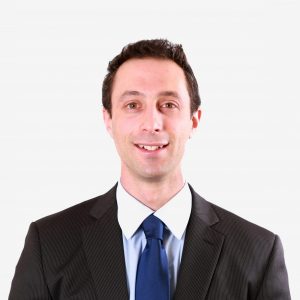 Green v Betfred – What are the implications for gambling companies who refuse to pay winnings?

The High Court recently found in favour of a customer (“Mr Green”) against Betfred over unpaid winnings of £1.7m which Betfred stated had been won due to technical errors with their website. The ruling is a welcome decision for customers seeking payment of winnings from operators who simply rely on their often lengthy and somewhat ambiguous terms and conditions as a means to not payout.

What happened in the case?

Mr Green had been playing an online casino game on Betfred’s website. Whilst playing, he accumulated on-screen bet chips worth £1,722,500.24 but was unable to withdraw the chips into his cash account. Mr Green contacted Betfred who congratulated him on his win and later informed him that due to the size of the win it would need to be checked by the third party online game provider.

The third party provider had found an error with the game in which the longer a customer played, the greater theirs odds of winning, which was not Betfred’s intention. As a result of this error, Betfred told Mr Green they would not be paying him his winnings. They allegedly instead made a ‘goodwill gesture’ offer of £60,000 to Mr Green. Betfred sought to rely on their Terms and Conditions and exclusion of liability for malfunctions along with the contractual principle of mistake in order not to pay out.

Was Betfred able to rely on their Terms and Conditions?

Mr Green argued that a number of the Terms and Conditions he had accepted upon registration were “inaccessible and unclear” and it was “irrational for Betfred to have believed he had accessed, read, and understood them, and accordingly they were not incorporated into the contract between the parties”.

The judgment found that the Terms and Conditions failed to deal with the circumstances of the case and that the interpretation of the clauses was inadequate to exempt Betfred from the obligation to pay out the winnings. Furthermore, the court found that Betfred was unable to rely on the Terms and Conditions relating to “malfunction” as there was no definition given and the normal meaning of the word did not apply to the circumstances, given the game still appeared to work to Mr Green.

The Terms and Conditions were also deemed not to be transparent or fair, so that even had they been adequate to deal with the circumstances and to have been incorporated into the contract, they could not have been relied upon. Mrs Justice Foster also found that, due to the game still being able to continue being played, and that the error with the game was no fault of either party, the doctrine of mistake could not be relied upon by Betfred.

What does this mean for gambling companies who won’t pay a customer’s winnings?

Gambling Companies have often sought simply to rely on their Terms and Conditions as a means not to pay a Customer’s winnings. Mr Green’s case provides a positive authority for many customers who are in similar positions, and where gambling companies are seeking to rely on terms and conditions which are not fair or transparent, and which have not been sufficiently brought to the attention of the customer. The judgment comments on how the Betfred’s Terms and Conditions are industry standard, so for it to be found they were not adequately incorporated and not able to be relied upon has potentially far reaching implications for all gambling operators and provides customers with a High Court authority from which to argue that they should be paid their winnings in such circumstances.

Ellis Jones has a specialist betting and gaming disputes team to assist anyone who has a dispute with a gambling company relating to pay out of winnings. We have experience of dealing with and resolving matters in a number of different ways, and have been successful in recovering in excess of £3million for clients in recent times in relation to betting and gaming disputes. If you think that you have suffered losses as a result of a betting operator refusing to pay out and relying on their terms and conditions then please contact us on Paul Kanolik or Daniel Lewis on 01202 525333 or via email at bettingclaim@ellisjones.co.uk  to discuss your case and how we may be able to assist you in recovering your losses.