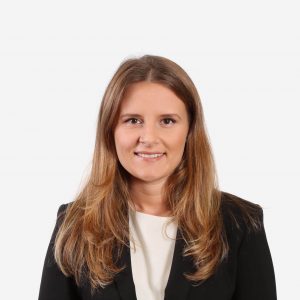 The Government has announced that the Divorce, Dissolution and Separation Act 2020 (DDSA) will come into force on 6 April 2022.

The DDSA bill was presented for debate before parliament in September 2018, with an aim to reduce family conflict. In June 2020, after much deliberation and planning, the DDSA received Royal Assent. The new law will make a number of changes to the way in which divorce is dealt with in England and Wales, which is a change that has been eagerly awaited by many in the legal profession.  Further background information about the DDSA can be found in our previous news articles here and here.

As identified above, there are currently only two reasons that people can rely on that do not result in an attribution of fault or blame and to rely on these reasons they need to be separated for either 2 or 5 years, which for most people is just not realistic. In turn, this leads to people having to often think up 1-5 reasons as to why they say their spouse has behaved unreasonably, which understandably causes their spouse to instantly feel antagonised, upset, hurt and often creates a hostile environment and unnecessarily raises tensions from the outset.

The law was crying out for reform and it was widely recognised in the profession that there was a need for a process that reduces conflict between divorcing couples.  It is hoped that the new law and Court procedures will reduce hostility and in turn benefit the children of the family and focus the parties’ minds on reaching a fair and reasonable financial settlement. It is also hoped that no fault divorce will strengthen signposting to mediation and/or alternative dispute resolution (i.e. arbitration, private FDRs, round table meetings).

The key changes to the law and procedure for divorce will be as follows:-

Parties will still need to be married for at least 1 year before they can apply for a divorce. It is also important for parties to remember that the finances of a marriage are always kept completely separate to the divorce process. Obtaining a divorce does not resolve the parties’ financial claims against the other. Further information about the finances of a marriage can be found here.

All of our family solicitors at Ellis Jones are members of the Resolution and strive to achieve a fair outcome for all our clients with the minimum of acrimony and costs. We are excited to implement the new divorce laws and look forward to witnessing what should be a positive change to a difficult time in our clients’ lives.

Should you have any queries at all in relation to petitioning for a divorce/dissolution or you have concerns about the division of your matrimonial finances on a divorce, please do not hesitate to contact our solicitor, Georgina Emerson at Georgina.emerson@ellisjones.co.uk or call us on 01202 525333.