Why do I need a Will if the Court can override it?
Close 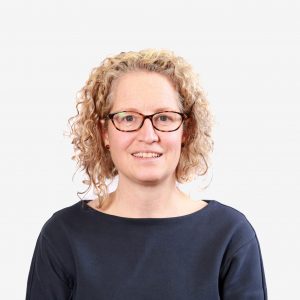 Why do I need a Will if the Court can override it?

The papers recently been filled with details of the decision in the Court of Appeal to alter the terms of the late Melita Jackson’s Will.

Mrs Jackson made her Will, expressly leaving out her daughter, Heather Ilott, from whom she had been estranged for a number of years. Instead Mrs Jackson had left her estate to three animal charities. Her estate was worth about £486,000 and she left instructions that her executors should defend any claim her daughter brought against the estate.

Despite the above Mrs Ilott brought a successful claim under the Inheritance (Provision for Family and Dependants) Act 1975 (‘the Act’) on the basis that she and her family had very low income. The Court also commented on the point that Mrs Jackson had no connection with the charities that she had benefited under the Will. Although the outcome of this case has received much attention it is worth noting that it has not changed the law, only confirmed it.

Under the Act certain categories of beneficiary can bring a claim for a share of an estate where they believe they have been inadequately provided for. Each case will be considered on its individual facts and therefore there can never be a presumption that a claim will either be successful or fail. Any person who wishes to bring a claim will need to take legal advice to confirm whether or not their case has any chance of success. It is believed that the outcome of this case will make it easier for adult beneficiaries who have been disinherited to bring successful claims. Lauren Day in our Dispute Resolution department can assist you with this.

Following the above decision, there has been a great deal of commentary as to why a person needs to make a Will if the Court can override it. It should be noted that even if a claim is brought by a beneficiary then the Will and accompanying letters will provide evidence of the deceased’s reasons for leaving that beneficiary out and this may affect the outcome of any claim and could be taken into account in calculating the sum awarded, if the claim is successful.

In respect of Mrs Jackson’s Will, whilst her daughter did receive £164,000 from the estate, the remainder still went to the three charities. If Mrs Jackson died without a Will her entire estate would have passed to her daughter. It is therefore always important to make a Will to state how you wish your estate to be distributed, not only where a claim will not be made, but also if you believe a disgruntled beneficiary may bring a claim.

Although you cannot avoid a claim from being brought, by taking proper advice and documenting your reasons for not including someone in your Will the success of any claim could be reduced dramatically. For more information about Wills please contact Rebecca Suthers, if you believe you have a claim against an estate, please contact Lauren Day.