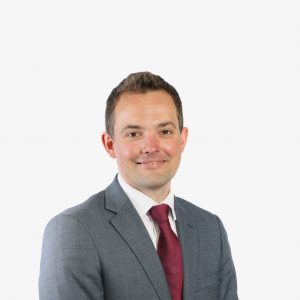 Last week, Mr John Walker won a landmark case in the Supreme Court. The Victory ensures that his husband will receive the same pension benefits in the event of his death as his wife would have received if he was in a heterosexual marriage.

Prior to the ruling, an exemption contained within the Equality Act 2010 allowed pension administrators to exclude benefits accrued before the Civil Partnership Act 2004 came into force in 2005 when calculating the survivor’s entitlements of civil partners or same sex spouses. This meant that Mr Walker’s husband would have only received circa £1,000 per annum from his pension in the event of his death. Whereas, his wife (if he was in a heterosexual marriage), would have received a widow’s pension of around £45,000 per year.

Mr Walker, aged 65, had been in a relationship with his 52 year old husband since 1993. They entered into a civil partnership in January 2006 which they subsequently converted into a marriage in accordance with the Marriage (Same Sex Couples) Act 2013.

Handing down judgment, Lord Kerr said that “The salary paid to Mr Walker throughout his working life was precisely the same as that which would have been paid to a heterosexual man. There was no reason for the company to anticipate that it would not become liable to pay a survivor’s pension to his lawful spouse.”

He added that “Mr Walker’s husband is entitled to a spouse’s pension calculated on all the years of his service… provided that at the date of Mr Walker’s death, they remain married.”

The Supreme Court judgment was based on an EU framework directive from 2000 guaranteeing gender equality.

Mr Walker said: “I am absolutely thrilled at today’s ruling, which is a victory for basic fairness and decency. Finally this absurd
injustice has been consigned to the history books – and my husband and I can now get on with enjoying the rest of our lives together”.

“But it is to our government’s great shame that it has taken so many years, huge amounts of taxpayers’ money and the UK’s highest court to drag them into the 21st century. In the years since we started this legal challenge, how many people have spent their final days uncertain about whether their loved one would be looked after? How many people have been left unprovided for, having already suffered the loss of their partner?”

The lawyer who acted for Mr Walker announced that she was “delighted the Supreme Court recognised this pernicious little provision for what it was – discrimination against gay people, pure and simple”

“But this ruling was made under EU law and is a direct consequence of the rights protection the EU gives us. We now risk losing that protection. The government must promise that there will be no rollback on LGBT rights after Brexit – and commit to fully protecting them in UK law”

Should you have any queries regarding the contents of this article, please do not hesitate to contact Ian Butterworth through this firm’s Family Department on 01202 636223.