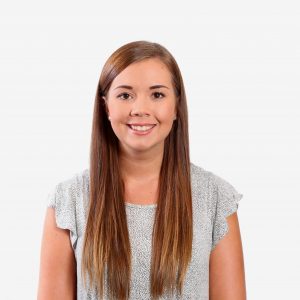 Battle of the Forms

Commercial suppliers and buyers of goods commonly both want to form a contract using their own terms and conditions. This can lead to a ‘Battle of the Forms’ whereby each party will argue that their terms apply.

The basic principles of forming a legal contract are offer, acceptance, an intention to create legal relations and consideration. Once an offer has been accepted a legally binding contract is formed. When a ‘Battle of the Forms’ occurs, it is necessary to establish which party’s terms have been accepted and therefore form the basis of the contract.

The general rule for establishing whose terms will apply is that the “last shot” wins. The “last shot” is considered to be the terms which are sent last and which are received without objection or rejection from the other contracting party. A court will look at when the contract concluded and which party’s terms were incorporated at that time. The other party may not expressly accept the terms however a court may deem acceptance by conduct where it is clear that a party intended to accept the terms.

This “last shot” must constitute a counter-offer, meaning that any subsequent terms and conditions exchanged must be substantially different from those provided by the original party. Any legitimate counter-offer made automatically ‘kills’ the original offer and take this off the table.

An example of ‘Battle of the Forms’ in practice is shown in Butler Machine Tool Ltd v Ex-Cell-O Corp (England) Ltd. Butler sent a quote along with a copy of their standard terms which included a price variation clause, Ex-Cell-O put in an order per the quotation and sent a copy of their standard terms, which did not contain a price variation clause. The order contained an acknowledgement slip, which stated the contract would be subject to the terms overleaf. Butler subsequently signed and returned the acknowledgment slip. As the order made by Ex-Cell-O contained sufficiently different terms, in that they did not contain the price variation clause, this was considered a counter-offer which cancelled out the initial terms provided by Butler. Ex-Cell-O’s terms were therefore the “last shot” fired and prevailed.

Commercial businesses that deal with the supply and service of goods on a regular basis should be mindful of the potential for a ‘Battle of the Forms’ dispute, particularly when liaising with new suppliers or manufacturers. In order to avoid a ‘Battle of the Forms’ situation arising, it may be prudent to consider the following: