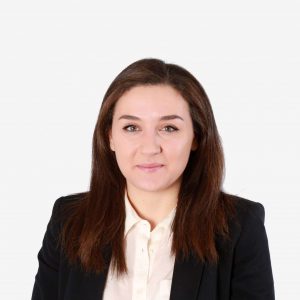 The recent Court of Appeal case of Wright v Wright saw what has been dubbed a ‘game-changing’ decision in relation to the period of time spousal maintenance should be paid.

After 11 years of marriage, Mrs Wright was awarded £75,000 per annum of spousal maintenance; to include funding the couple’s two children’s school fees and a total of £33,200 per annum of personal allowance when the couple divorced in 2008. In addition, the couple’s 16 acre Suffolk home was ordered to be sold and the proceeds of £1.3m split equally. Mrs Wright then purchased a £450,000 home, with stabling for her and her daughters’ horses, mortgage-free.

Last year however, Mr Wright made an application to the High Court to have the decision reviewed over concerns that he would not be able to afford the yearly £75,000 payments once he retired from his work as a top race horse surgeon. Mrs Wright, a former legal secretary and riding instructor, took the decision not to return to work following the couple’s divorce in 2008. The High Court held that there was no valid reason why Mrs Wright could not return to work and that her husband should not be responsible for maintaining her beyond his retirement age. Mrs Justice Roberts, a High Court Judge, ruled that Mrs Wright’s spousal maintenance payments should gradually decrease over a period of the next 5 years until Mr Wright reaches retirement age whereupon they would cease entirely. Mrs Wright then appealed.

In a landmark decision, the Court of Appeal upheld the ruling to cut Mrs Wright’s maintenance, with Lord Justice Pitchford stating that ‘the order was never intended to provide the wife with an income for life’. He went on to elaborate that once children reach the school age of year 2 (age 7 and above) it was reasonable to expect a “stay-at-home mother” to return to work in order to contribute financially to her own upkeep. Lord Justice Pitchford’s final remarks were “the wife had done nothing since 2008 to look for work, retrain or to prepare herself for work and dismissed her appeal.”

The length of time for which one spouse must support the other, post-marriage, has long been a very thorny issue. Balancing the need for financial independence versus support for the financially vulnerable party (usually the wife) is often one of the central issues. This judgment demonstrates an increased move towards forward-planning and that a divorcing spouse cannot expect to have their income needs met for the remainder of her life if she has untapped earning capacity and should be able to be self-supporting in the near future. What was once seen as a way of compensating primary care-givers for their giving up a career and earnings would now seem to be steering them back to part time work.

This demonstrates a significant move towards a reduction in lifelong financial support for divorcees and it is likely that there will be a rise in the number of ex-husbands and ex-wives seeking to reduce their maintenance payments. This has long been the case outside London with spousal maintenance often coming to an end when the youngest child leaves education. Each case turns on its own facts however, and sometimes a ‘joint lives’ maintenance order is the only way to achieve fairness.