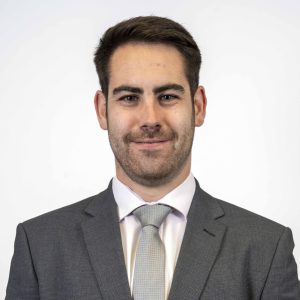 There is a rule under English law that no loan agreement contract may contain what is known as a penalty clause. Such a clause exists when a borrower is required to pay an excessive amount which is triggered by a breach of contract. The most common instance of this is when a borrower defaults on making a loan repayment which results in liability for default interest under the relevant agreement, typically at a higher rate than normal interest.

In a recent High Court decision (Ahuja Investments Ltd v Victorygame Ltd and another [2021] EWHC 2382 (Ch), link below), the position as to whether a default interest liability amounted to a penalty clause was addressed. The pre-default rate under the loan agreement was 3% per annum, which upon default by the borrower increased to 12%, compounded monthly; an increase of 400%. The decision was made in the wider context of a fraudulent misrepresentation claim

It should be kept in mind that the burden of proof in a case such as this is on the borrower to demonstrate that the clause constitutes a penalty. Furthermore, where a lender can demonstrate that a clause is proportionate to their interest regarding performance, the Court may refuse to rule that it is a penalty clause. Typically, the argument that a lender would make would be that a higher default interest rate is justified on the basis of the borrower’s creditworthiness.

So, what increase in interest following default would represent a penalty clause? Returning to the decision in Ahuja Investments, the Court commented that it would be willing to accept a default interest rate which was double the pre-default rate, due to the fact that a defaulting borrower is a higher credit risk. The Court said it would do this without requiring evidence. Accordingly, where a default interest rate is somewhere between a 100% and 400% range, the decision in Ahuja Investments suggests that the matter would be determined on the specific facts of the matter.

There are statutory controls to ensure that interest terms are not unfair on borrowers, particularly where there is an unfair credit relationship. Such controls give the Court the discretion to change contract terms and even, where appropriate, release debtors from their liabilities. Options depend on whether you are an individual or business and of course the circumstances surrounding the loan.

Having an understanding of the obligations under a loan agreement is important to any business or individual. Ellis Jones’ Banking and Finance Litigation team are specialists in this area and are able to provide advice to those at any stage of borrowing so that you have a full awareness of your legal options.

If you wish to discuss the points raised in this article, please contact William Dooley or Tim McMahon in our Banking and Finance Litigation team by calling 01202 057733 or emailing banking@ellisjones.co.uk.