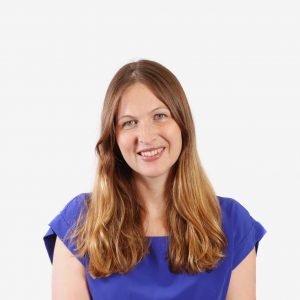 Suzi Denton, our expert in Fertility law, has published the below article for BioNews, a weekly medical-legal publication. Suzi reports on the recent case of a Canadian single father who is currently unable to return home with his twins, following a gestational surrogacy arrangement in Kenya. This case highlights the importance of seeking legal advice before embarking on international surrogacy, to highlight any immigration issues you might face after the birth, and to put a plan into place.

A Canadian man whose twin girls were born via gestational surrogacy in Kenya is currently unable to bring his children home due to Canadian citizenship laws.

A Kenyan surrogate gave birth to Joseph Tito’s twins, Mia and Stella, in November 2018 in Mombasa, Kenya. Tito, who is single and a Canadian citizen, was preparing to return to Canada with his children in late December when he was informed by the Canadian High Commission that the twins did not automatically qualify for Canadian citizenship, meaning he would not be able to take them home to Canada until their citizenship status had been resolved.

Tito told CTV News: ‘I’m still speechless. I feel like I’m in a movie. I feel like this happens to people not in Canada.’

Neither are the children entitled to Kenyan citizenship. To qualify, at least one parent must be Kenyan, and since the children were conceived with an anonymous Indian egg donor, the surrogate is not considered their legal parent as she has no biological connection to them. This means that for the time being, the children are stateless.

Tito’s next step is to make a formal application for permanent resident status for the children, sponsoring the children using his citizenship status. He has been told that this can be a lengthy process, possibly taking between six and 12 months, during which time his children will not be able to leave Kenya.

However, immigration lawyer Robin Seligman believes that the process could happen much more quickly: ‘It’s unfortunate that he’s having trouble because that’s a matter of the visa post that’s taking their time, because they could process them very quickly if they wanted to,’ he told Global News.

Canadian Immigration Minister Ahmed Hussen’s spokesperson told CTV News in an emailed statement: ‘We understand that immigration decisions can have a serious impact on the lives of individuals and we work with all clients on a case by case basis to ensure that each case is treated fairly and in accordance to Canada’s laws.’