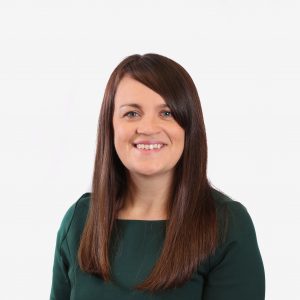 HMRC has climbed up the creditor ladder & regained its preferential status

HM Revenue & Customs (HMRC) has regained its preferential creditor status for insolvencies that commenced on or after 1 December 2020.

What does this mean?

Generally, asset realisations are paid out to the following classes of creditor in the order below:

HMRC previously ranked alongside unsecured creditors. However, from 1 December 2020, HMRC joined the Financial Services Compensation Scheme as a secondary preferential creditor in relation to outstanding taxes ‘paid’ by employees and customers that are held by the business on its behalf. This includes: unpaid VAT, income tax, an employee’s national insurance, student loan repayments and Construction Industry Schemes. This change does not affect taxes for which a company is primarily liable, such as corporation tax.

The result of this is that in an administration or liquidation, HMRC has moved up the ladder as to who gets paid first, going from seventh in line to fourth in line. It has ultimately ‘jumped the queue’ and is now paid ahead of secured creditors holding a floating charge (regardless of when the floating charge security was effected) and ahead of unsecured creditors (such as suppliers) for any formal insolvency process commenced after 1 December 2020.

Why has this change been brought about?

This measure marks a change from the current approach and sees a partial return of the so-called ‘Crown preference rule’, which had been abolished by the Enterprise Act 2002.

These reforms have been in the pipeline since the government’s Autumn Budget 2018 and the legislation was enacted in the Finance Bill 2020. They were due to come into force from April 2020 but this was pushed back to 1 December 2020, likely as a result of the coronavirus pandemic.

The main reason for this change is to boost Treasury takings. HMRC has stated in its policy paper that this change will ensure that “when a business enters insolvency, more of the taxes paid in good faith by its employees and customers, and temporarily held by the business, will go to fund public services rather than being distributed to other creditors”.

What will be the Impact?

The reforms have been highly criticised by those in the insolvency profession and it is thought that they will have a wide ranging impact.

This is because those secured creditors with a floating charge will have found that HMRC’s claims in respect of the above taxes will now take priority. The assets used in a floating charge are usually current assets such as stock, receivables or cash. The effect of the preference may well mean that the value of a lender’s security may have been depleted, or at least substantially reduced, overnight.

The true impact of the reforms will become apparent in the coming months with corporate insolvencies predicted to increase. We set out below our predictions on some of the practical implications for businesses as a result of the reforms.

Due to the increased lending risks and reduced security value, it is thought that lenders with floating charges may deal with their increased risk by authorising fewer business loan applications and/or increasing the cost of business borrowing in general. Lenders with floating charges may also seek to reduce overdrafts or foreclose on existing facilities.

In addition, lenders may introduce more rigorous reporting requirements for borrowers in respect of their HMRC position and/or ask borrowers to pay part of their VAT liabilities early. This is especially important in the current economic climate, which has seen many postpone their tax liabilities in response to the pandemic and many businesses will have higher tax debts than normal due to the coronavirus support measures introduced by the government.

Lenders may consider whether additional security can be obtained from borrowers, or whether fixed charge security may be more appropriate. This could include obtaining further personal guarantees or charges over company directors’ houses.

Furthermore, given that HMRC can be one of the largest creditors in an insolvency, moving up the rankings means that it will receive funds that would previously have been shared equally among unsecured creditors.  This may, in turn, have a ‘ripple’ effect on suppliers. Accordingly, suppliers as well as lenders are likely to tighten the terms under which they do business with a company because they may be worried about getting less back if a company fails.

Lastly, there is also the question of whether HMRC will support future company voluntary arrangements when they may now get a higher immediate return from putting a company into liquidation.

If you believe you have been or may be affected by the above reforms, please do not hesitate to contact the Banking and Finance Litigation Department. We have substantial experience in dealing with claims and complaints against banks and financial institutions.

Please contact Laura Lammond, William Fox Bregman, or Paul Kanolik of our Banking and Finance Litigation Department on 01202 525333 or via an email at Laura.lammond@ellisjones.co.uk, William.foxbregman@ellisjones.co.uk or Paul.kanolik@ellisjones.co.uk with your enquiry.