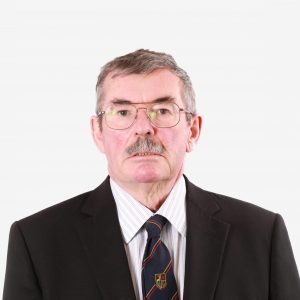 When the Criminal Justice & Courts Act 2015 Section 57 came in, I like many other lawyers thought that the concept of “fundamental dishonesty” would be interpreted by the courts as being dishonest in the sense of being fraudulent and therefore little change in the law. However, the case law has proved this to be very far from the case. Further, insurance companies and their Solicitors are raising the issue as a means of attempting to defeat otherwise perfectly reasonable claims.

Section 57 of the Act provides:-

(1)This section applies where, in proceedings on a claim for damages in respect of personal injury (“the primary claim”) – (a) the court finds that the claimant is entitled to damages in respect of the claim but (b) on an application by the defendant for dismissal of the claim under this section, the court is satisfied on the balance of probabilities that the claimant has been fundamentally dishonest in relation to the primary claim or a related claim.

(2)The court must dismiss the primary claim unless it is satisfied that the claimant would suffer substantial injustice if the claim were dismissed.

(3)The duty under sub-section (2) includes the dismissal of any element of the primary claim in respect of which the claimant has not been dishonest.

“Behaving or prone to behave in an untrustworthy, deceitful or insincere way”; “Intend to mislead or cheat”.

In the case of Edward Wright v. Satellite Information Services 2018, the claimant in that case included a claim for future care pleaded in excess of £73,000. In the event having heard the evidence, the Judge allowed just £2,100. The reason for the Judge’s rejection of that element of the claim was not that he found the claimant’s evidence to be untruthful but that a proper interpretation of that evidence did not support the assessment of the care expert (who produced the report justifying the huge care claim). Accordingly the claimant himself had not been fundamentally dishonest but had not been supported by the evidence.

There are plenty of examples where fundamental dishonesty has been found and the whole of the claim has been defeated.
This has included dishonest fabrication of invoices to support part of the special damage claim. Also where there has been a dishonest exaggeration of disabled condition by reason of the material accident i.e. a finding by the Judge that the claimant had been deliberately dishonest in exaggerating the claim.

In the Edward Wright case referred to above, the court went on to emphasise that the schedule of loss in a claim is an important document. It contains a statement of truth. It also emphasises that claimants in certifying such documents are certifying the truth of the content. The document therefore had to be formatted in such a way that the claimant would clearly understand it and approve the contents.

For the most part I think our experience with clients is that they are not fundamentally dishonest. Many clients react differently to an accident. Some have a very positive attitude (e.g. Armed Forces personnel by and large) and others have a very negative attitude. It is those in the latter category that are more likely to exaggerate their claims to the point of dishonesty. It is often
easy for them to do that in the early stages of a claim because they are not challenged. It is when we get to court that the problem arises.

The lessons for lawyers are:-