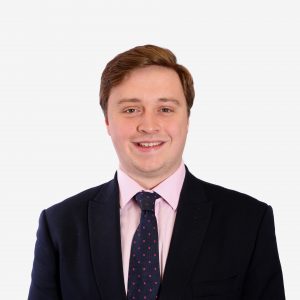 The London Inter-Bank Offered Rate, or more commonly “LIBOR”, is the average interest rate at which a number of banks are willing to lend unsecured monies to one another. The rate is calculated for five different currencies. Many financial institutions then use the LIBOR rate to set the interest rates of their financial products, including consumer loans, credit cards, mortgage rates pensions and hedge funds.

In 2017 the Financial Conduct Authority announced banks would no longer be submitting the rates used to calculate LIBOR and would undergo a transition period to phase out LIBOR.

The Bank of England and Financial Conduct Authority in a recent update emphasised the requirement for the use of LIBOR to cease by the end of 2021 and have started to implement the change already. The key points being the pledges to cease the issuance of cash products linked to Sterling LIBOR by the end of quarter three of 2020 and to establish a framework for the transition of legacy LIBOR products.

Why is LIBOR being replaced?

In the years following the financial crisis of 2008, a number of scandals regarding LIBOR rate manipulation involving a number of large financial institutions came to light. Most notably Barclays were the first to be fined £59.5 million in 2012, in 2014 Lloyds Banking Group were fined £105 million for serious misconduct relating to LIBOR, the largest fine coming in 2015 when Deutsche Bank was fined £227 million for LIBOR rigging. The ease, at which the rates could be manipulated, along with a drastic reduction in the volume lending and borrowing, led to the search for alternative rates.

The Financial Conduct Authority has identified the Sterling Overnight Index Average (“SONIA”) rate as the benchmark rate to replace LIBOR due to its apparent risk free measure of borrowing costs. SONIA is calculated differently to LIBOR, as it is based on actual transactions rather than opinions and steps have already been taken in requesting banks and financial institutions to use SONIA as the basis for pricing contracts.

How can Ellis Jones Solicitors help you?

Our specialists at Ellis Jones can assist you in a number of ways, including:

If you believe you may have any borrowing or other arrangement in place which is referenced to LIBOR, please do not hesitate to contact Paul Kanolik or William Dooley in our Banking and Finance Litigation team for a no-obligation initial review of your agreement – 01202 057733 or by email banking@ellisjones.co.uk.