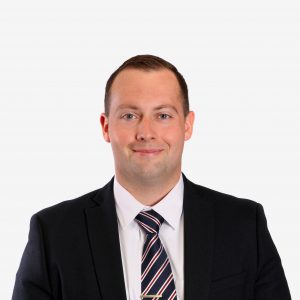 Why is jurisdiction important?

When considering a dispute between two parties, the court will need to determine what the ‘Applicable Law’ is, and whether the court has jurisdiction. In the overwhelming majority of cases, this is a non-issue, however where the two parties are located in different countries and/or legal jurisdictions, this can be a vital issue for the court to determine.

Before the court can consider any substantive claim, it must first determine the applicable law. This could be the law of England & Wales, or in some cases English courts are able to apply the law of other jurisdictions where it is specified between the parties (for example, EU law, or in certain circumstances the law of other common law jurisdictions).

However, in the majority of cases the English courts will look to ensure that the applicable law is the law of England and Wales.

Contracts – How to ensure the court has jurisdiction

Care must be taken when electing for an alternate jurisdiction, as although the parties have relatively free reign, the jurisdiction must be that of a country – for example, a clause in a contract specifying that the applicable law/jurisdiction is that of ‘Jewish Law’ will not be valid.

Contracts – What happens if no jurisdiction is specified?

Where a contract is silent on the issue of applicable law and jurisdiction, either party to a claim (or the court may at its own discretion) raise an issue of forum non conveniens, commonly referred to as the ‘appropriate forum’ or ‘proper place’ doctrine.

In the absence of any obvious implication, the court will look to consider what is the ‘natural and appropriate forum’, with the closest and most real connection to the dispute at hand. If that forum is England & Wales then, subject to a number of other requirements, the courts will look to accept jurisdiction.

More commonly, a dispute will arise with implications across internal domestic borders, namely between Northern Ireland, Scotland, and England & Wales.

In these circumstances, the starting point is provided for by the Civil Jurisdiction and Judgments Act 1982, and confirms as a general rule that the correct jurisdiction is that where the Defendant is domiciled. For example, where a Scottish company is looking to sue a company based in London to recover unpaid debts, the correct forum would be the courts of England & Wales (subject to other considerations).

For further information and detail on the impact of jurisdiction on cross-border contracts and disputes, and how Ellis Jones can help you, please visit the relevant section of our website. Alternately, to discuss your commercial dispute needs please contact a member of our expert Dispute Resolution Team on 01202 525333 or by clicking here to email us.